The history of St Peter and St John's Church

St Peter’s Church started out as Church services in a coffee tavern, erected for the navvies on the Great Central Railway. A tin church was erected in the present location in 1901 as a daughter Church of St. Andrew’s in the town centre and was dedicated on 25th May 1901.  Due to the shape of the land, alongside the former railway line, its orientation was North (altar) to South.  In 1909 the tin church was replaced by the current brick building, with a separate Hall on the opposite side of Clifton Road.

In 1933 the Church was extended, with vestries, boiler room, a front door facing St. Peter’s Road and the orientation re-ordered South (altar) to North.  This extension was completed in 1954 with a large stained glass window.

In 1983 the Rugby Team Ministry was set up including, inter alia, St Andrew’s, St George’s and St. Peter’s.   In 1984 the Church Hall burnt down and instead of rebuilding it was decided to sell that land and build a gallery in the Church building and the Hall underneath.  A kitchen extension was built and the front door bricked up to allow for a toilet facility.

In 1992 the small St John’s Church in Cambridge Street was closed and joined with St Peter’s, becoming St. Peter & St John’s.  In 2005 the Rugby Team embarked on a pattern of Ministry which was not congregationally based, and in 2013 the Team was dissolved. A new incumbent was appointed although the process of setting up St Peter & St John’s as a separate parish was not fully completed until 2019. In the period 2017-9 the kitchen extension was enlarged to accommodate new toilets and a parish office, a new central internal glass door installed between the hall and the Church and the Front door facing St Peter’s Road opened again.

The photo below is from 1904 and presumably shows the curate and congregation, note the complete absence of houses in any direction. 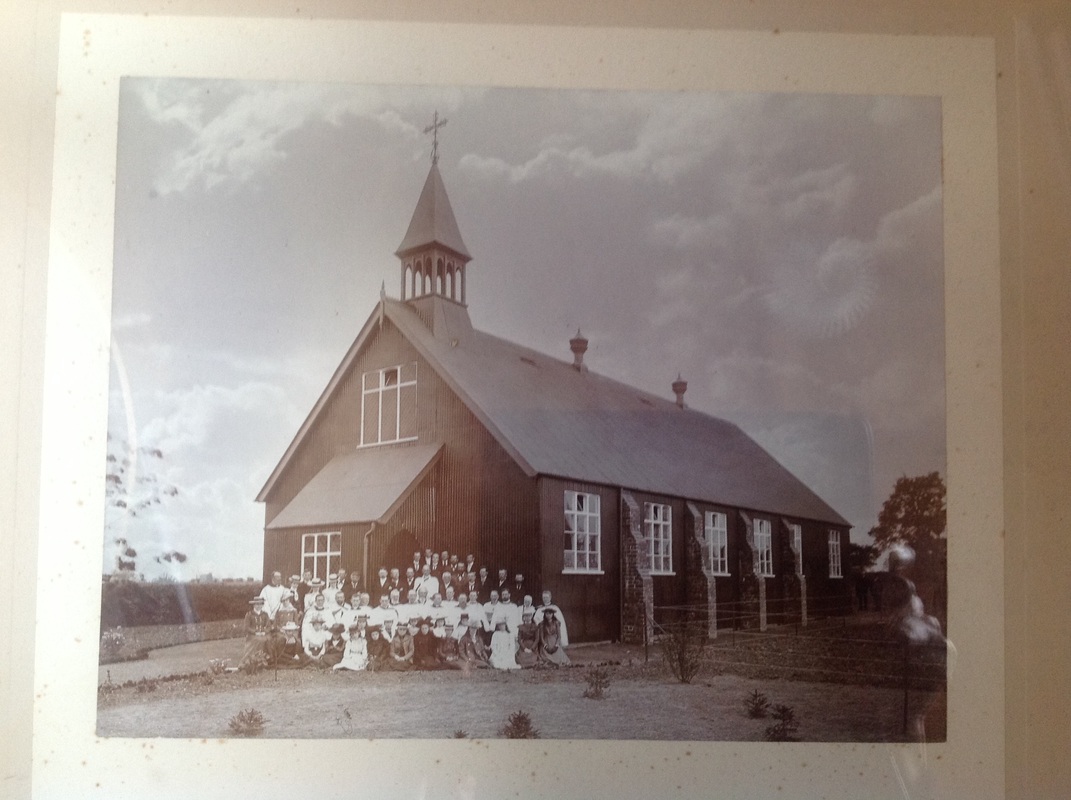 This picture was taken at Easter 1906, it shows the inside of the 'tin' church 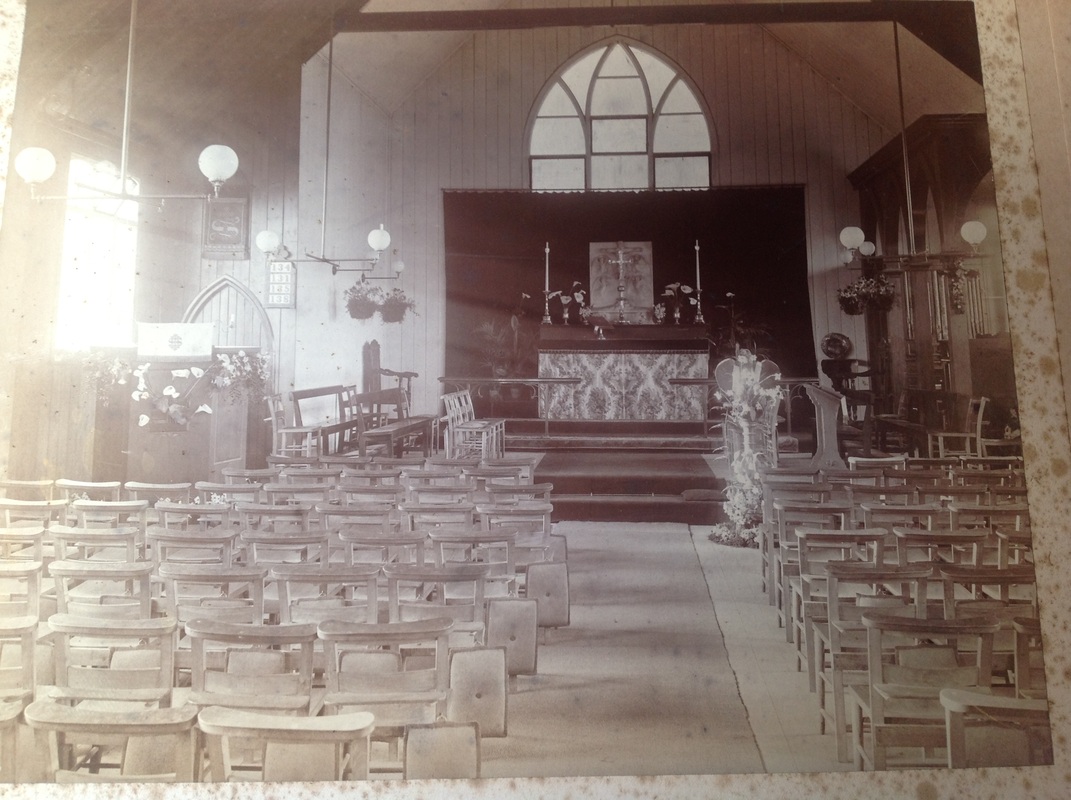 In 1909 the building was developed from the tin structure to a brick building. This photo was taken on 31st March 1909 and shows the conjunction of the old and the new. 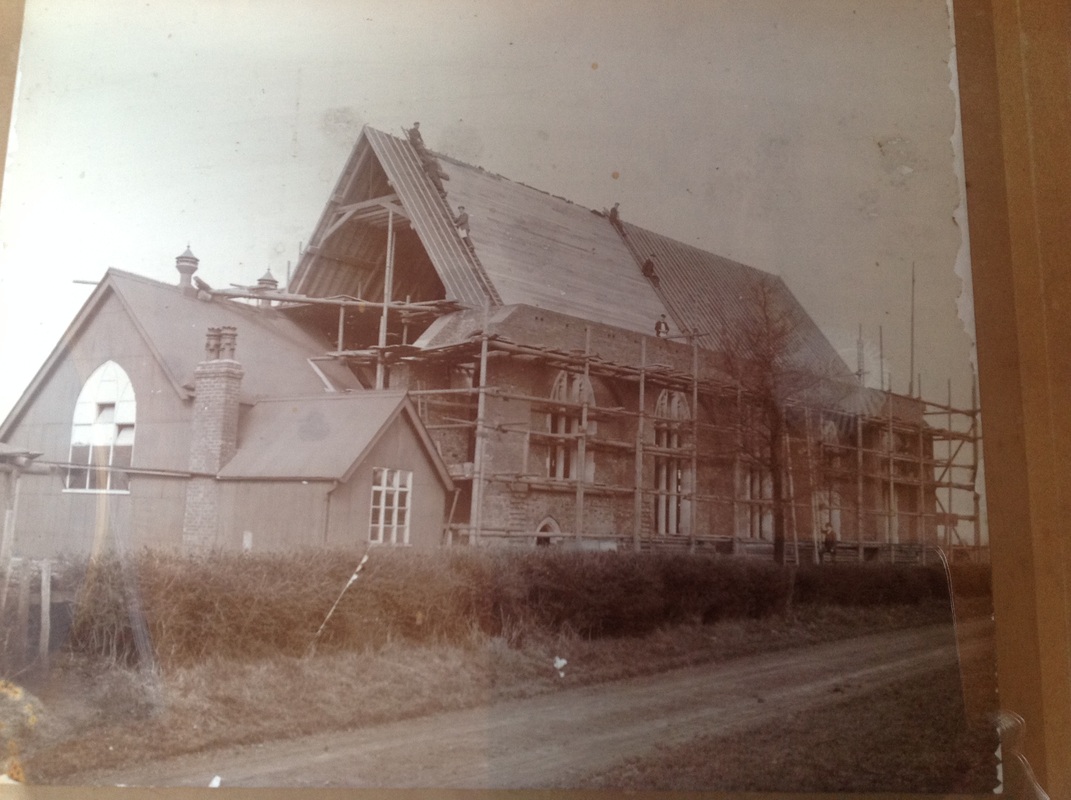 The story of the East Window 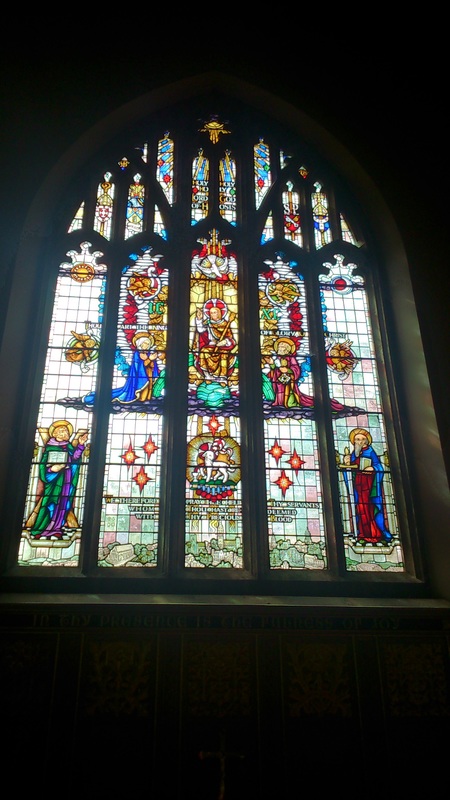 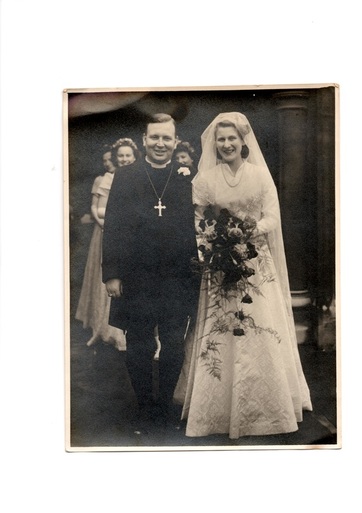 Our wonderful East Window was installed in memory of Reverend Norman Sherwood who was a curate at St Peter's, and later became the Bishop of Lagos in Nigeria where he sadly died at a young age. Norman was one of the priests fire-fighting at Coventry Cathedral on the night of the Blitz.

Here is a biography about Norman written by Anne his daughter.

Norman Sherwood Jones was born in Toxteth, Liverpool where his father was a Parish Priest. The fourth of six children, he grew up in Birkenhead and, from 1920 in Middleton, Manchester where his father was Rural Dean and, from 1930,Suffragen Bishop of Hulme. Norman was educated at Trent College, Nottingham ; he read Classics at Christ's College, Cambridge and then studied for the priesthood at Wycliffe Hall, Oxford, becoming a tutor there after graduation.

In 1937 he was appointed curate-in-charge of St. Peter's [now St. Peter's and St. John's], one of the four daughter churches of St. Andrew's Parish Church, Rugby. He was described by his former Rector as a 'keen and enthusiastic Parish Priest' and also worked well as part of the team of Rector and seven curates in Rugby. When the Rector left Rugby in 1940 Norman was in charge of the whole Parish during the resulting Interregnum. Parish socials were enlivened by his Pelmanism skills and by  a mime he perfected of a clumsy, plump parson trying to sew on one of his jacket  buttons.

He became Vicar of Radford in Coventry in 1941 and was consecrated Assistant Bishop of Lagos (Bishop in Northern Nigeria) in 1944. In 1949 he married Dr. Doreen Bottone whom he had met during his time at Rugby. He died of typhoid in Northern Nigeria at the age of 39. 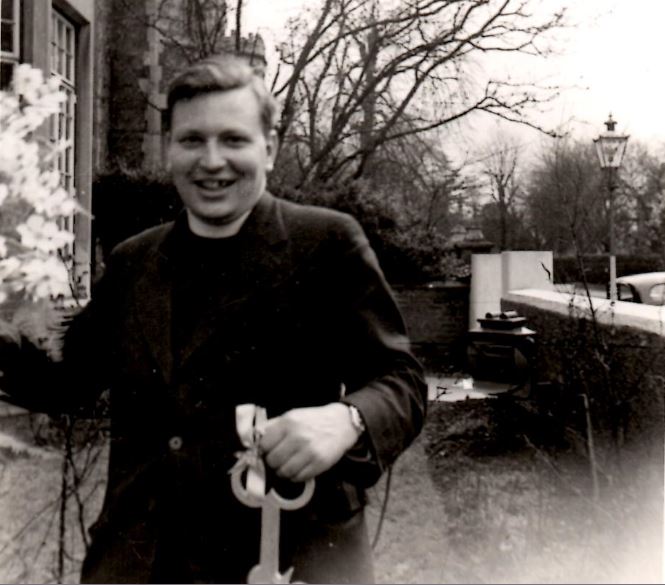 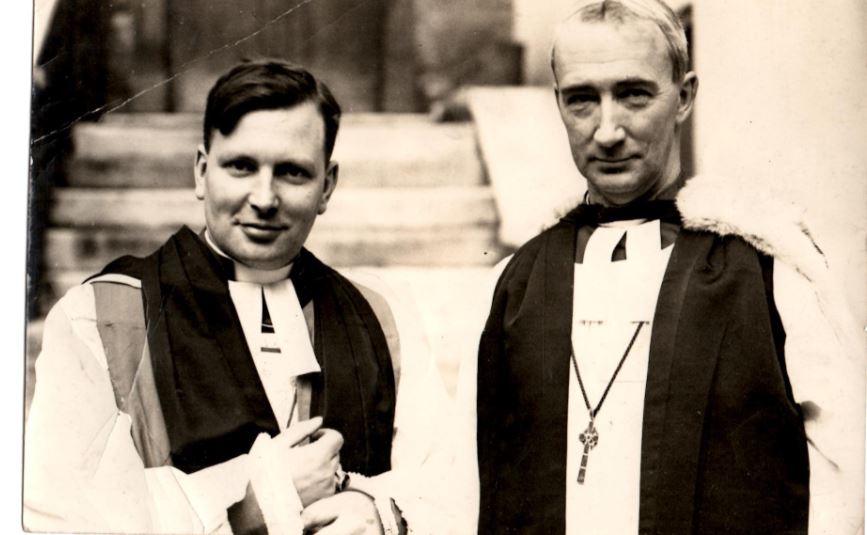 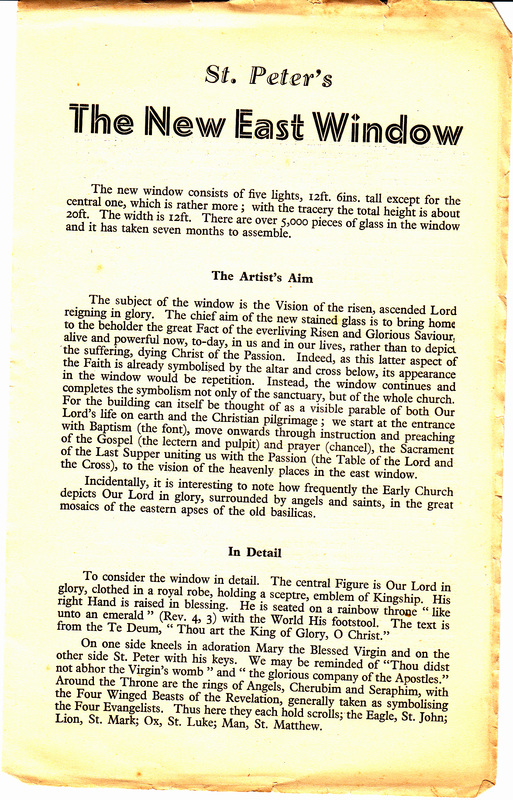 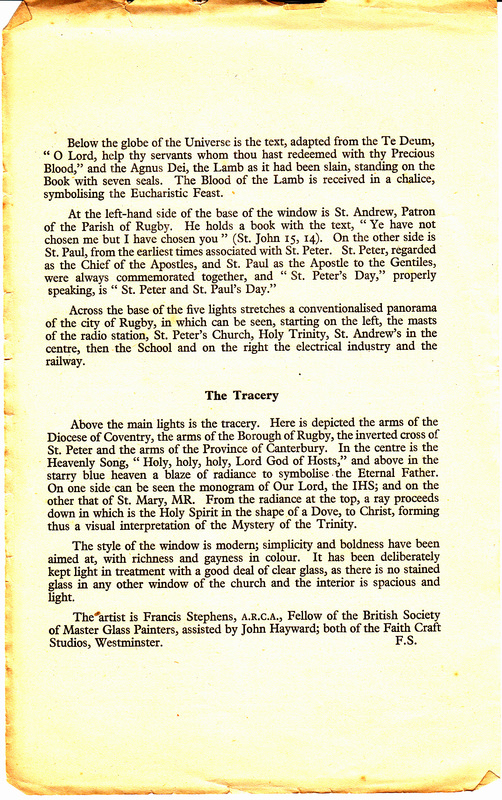 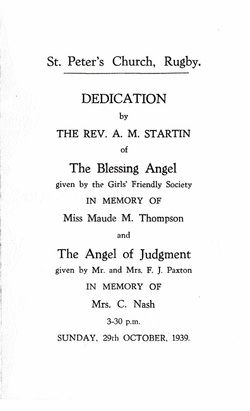